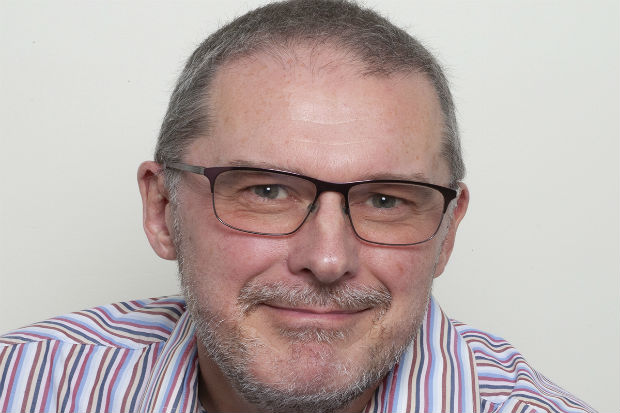 First things first. I’m not a vet. Let me get that out there from the beginning. But I’ve worked alongside a good number in the 23 years I’ve been a researcher at the Animal and Plant Health Agency. And now I work alongside a whole lot more since taking a joint position with the University of Surrey where I am Professor in Veterinary Bacteriology in the School of Veterinary Medicine; the new vet school on the block.

Experiences at the University of Surrey

Our very first students are set to graduate this year and as I write are out on their year-long intramural rotations. This is an exciting time for our first cohort of students as the rotations provide students with opportunities to further develop their day one knowledge, competences, attributes and skills. The School’s approach is unusual in that they will be gaining this experience through a variety of workplace-based placements providing an authentic, safe and supervised learning environment, facilitating the transition from student to confident, competent and compassionate veterinarians. Well, that’s the plan! Knowing the students and seeing how they’ve grown over the last four years I have every confidence they will thrive.

So what of the joint position? Clearly with a new vet school only eight miles down the road from Weybridge it made sense to see ourselves in partnership from day one. Indeed, a number of vets and researchers from APHA support the education of the students at Surrey through teaching on the Veterinary Medicine and Science BVMSci (Hons) degree, as well as the Veterinary Biosciences BSc and Veterinary Microbiology MSc courses. Along with the Pirbright Institute, APHA also hosts students for training visits and to undertake research projects as part of their degree. My role is to facilitate and encourage this partnership and to seek and promote areas where we can collaborate on research projects.

Through the University of Surrey, APHA has access to disciplines it might otherwise struggle to access or have critical mass in, including social sciences, psychology, and computing. Through APHA, the University has access to samples, animals, and data, and can ensure its research is rooted in practical, real-world challenges that are a priority for Government. It would give me the greatest pleasure to see some of our veterinary graduates opt to pursue a career in Government because of the taste they got for it through the partnership of APHA and the University.

It’s not always easy managing a split role – two contracts, two salaries (pro rata before you get carried away), two pensions, two computers, two bosses! Not to mention being in one location only half of the week. But it’s worth it. Sometimes at APHA we might be tempted to think the grass is greener on the other side of the academic fence. My advice is be careful what you wish for and don’t forget the benefits that come from doing your research in and for Government. It’s very difficult to attract long-term, well-funded grants in the University context. This stability means the APHA can conduct research that wouldn’t happen anywhere else – partly because of the timescales and cost involved, and partly because of the facilities and expertise needed to do it.

Take my research as an example. Pretty much since joining the Agency I’ve been engaged in research on Mycobacterium bovis, the bacterium that causes tuberculosis in mammals. The long-term aim of the research was always going to be a vaccine against the disease in badgers, but before we could gain traction with that we needed to develop the tools to study the immune response of the badger. At the time I joined, there was a bit of a myth that badgers had a ‘funny’ immune system. We reasoned it couldn’t be that funny if it was successfully containing the infection in many cases. It turned out badgers respond to TB in much the same way as any mammal I’m aware of; it was just that they needed a bit of ‘push’ to do so. Why this is we don’t know, but I reason that any animal that spends a lot of its time underground with all the challenge this brings to its lungs must have evolved a way to deal with respiratory insults effectively, without getting carried away and destroying itself from within. That does indeed seem to sum up the way badgers deal with M. bovis too.

After scoring early successes with serological antibody-based assays and then an interferon-gamma release assay just like the one developed for bovine TB testing, we were primed to go on to work on the vaccine. Before joining APHA I had worked on vaccine development for human TB so I knew a bit about what was involved, but the prospect of genuinely bringing a licensed vaccine to market was something new to me – and to Defra as well. The journey proved to be a long one; 16 years from start to a licensed injectable form of BCG for use in badgers in 2010 – the first licensed vaccine against TB in any non-human species for which we won the Defra Team Award that year. And what a team! Getting on for 90 people played their part in the success, among them several vets, not forgetting the various veterinary advisors within Defra with whom we liaised and reviewed progress often.

So what have I been doing since 2010? Managing a project to repeat our success with the injectable vaccine by producing a version of the vaccine that can be delivered in bait. This a real challenge, requiring a multidisciplinary and dedicated team in it for the long haul. There are few places in Europe that have the expertise to do this. The Agency has built up true excellence in this area – having staff, vets among them, who have stability, drive and focus to see it through. We’re not there yet but certainly moving in the right direction.

If you’ve stuck with me thus far, I think you know me a little better now so I can confess I never wanted to do veterinary research. My heart was set on making a difference to people. That was as a naïve twenty-something working at Imperial College. However, I can honestly say it was the best move I could’ve made. We make a massive difference to people through what we do. Animals too, of course. And now bees and plants as well. It’s all connected. The possibility of making a difference still gets me out of bed in the morning; “Now where was it I was meant to be today….”?